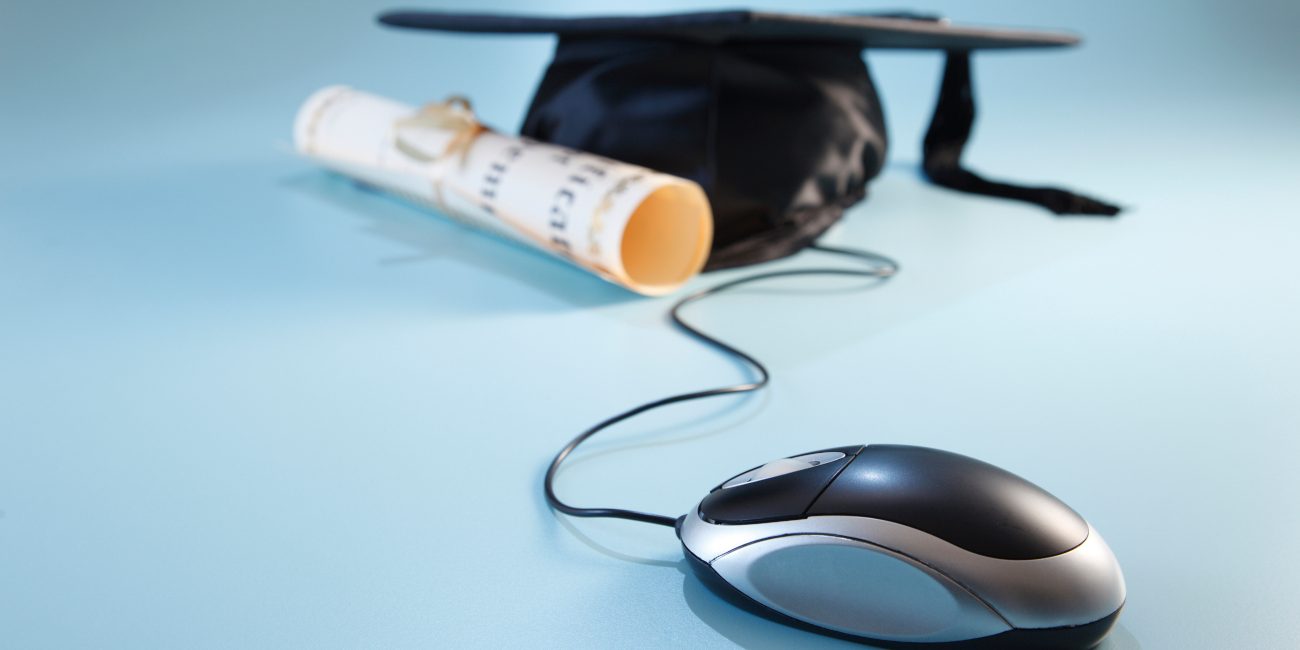 COVID-19 forced us to face challenges in a way that most of us haven’t had to before. From learning how to keep an economy alive when people have to stay home to getting used to connecting with others at a distance, most of us have had to make changes.

eLearning isn’t a new concept. It’s been around for years and is already in use by businesses and educational institutions. The Learning House asked questions about online learning in its annual survey last year. The 1,500 participants were students or soon-to-be learners enrolled in online programs for undergraduate, graduate degrees, licensure, or certificates.

Three in five students, or 63% of participants, stated that they chose eLearning because it was the best fit for their current work and life responsibilities.

Online learning isn’t just for long-distance students, either. The study found that 67% of respondents lived within 50 miles of their respective campuses. That was a significant increase from the 42% that was recorded five years earlier.

The global eLearning market is expected to rise to $325 billion in the next five years. However, no one could predict that a worldwide event could have such a significant impact on the growth of online learning.

Connecting with Students Online During COVID-19

Communities had to ask some hard questions when coming up with solutions during COVID-19. One of the big ones is: How do we continue educating our children and young people while keeping them safe from infection?

Some school districts closed for the year, hoping to open their doors again next fall. The students who were shorted this year will have to adapt going forward. UNESCO reported that are currently over 1.2 billion children around the world living in 186 countries that are affected by school closures. That is nearly 70% of the world’s students.

Depending on the area, some regions have deemed it safe for kids to go back to class. In Demark, children age 11 and under are headed back to schools and nurseries after everything closed on March 12th.

There will be some changes, including stricter cleanliness rules.

“We’re all a bit nervous and we’ll have to ensure that we stick to hygiene rules,” explains Elisa Rimpler with the Danish Union of Early childhood And Youth Educators.

“We have a lot of washing hands during the day. We don’t have masks and we have to keep a good distance from each other, so that’s a very difficult task.”

However, other countries are taking a different approach. In South Korea, for example, students have begun online learning.

Teachers sit alone in classrooms, connected to their pupils through laptops.

Miss Ha heads the English department at the Hankuk Academy in Foreign Studies. She was uncertain about the switch to eLearning.

“I’ve never used this technology before, but it wasn’t as bad as I thought. It can never be like a proper class, but in a situation like this, it’s the best option.”

Research indicates that eLearning increases knowledge retention. It also requires less time, which means teachers and students can work more efficiently. And, more importantly, it gives people all over the world an alternative to missing classes during the coronavirus pandemic.

Working Out the Problems with Offsite Learning

The shift to eLearning hasn’t been smooth for everyone. Many businesses and schools that were not previously set up to support remote training were left frantically searching for options.

Some of those problems have led to lawsuits filed by students.

After the shutdown, many students were left with little to no classroom support. Some schools supplied online courses, but the results were subpar. Other colleges decided to keep the full tuition and housing fees despite providing a lesser service to their students than originally promised.

Michigan State students filed a lawsuit demanding the return of funds paid for room, board, tuition, and other fees. The firm Milberg Phillips Grossman, LLP is handling the suit. They also took on a case against Purdue University that was filed on April 9th.

Michigan State offered a $1,120 credit paid through direct deposit or meal plans to students who left their dorm rooms by April 12th.

“Michigan State’s decision to end classes is understandable from a public health perspective, but the University’s refund policy is unfair to students,” stated Milberg partner Glenn Phillips in an April 20 press release.

Another lawsuit was filed against Liberty University, claiming that the school was profiting from the COVID-19 outbreak by keeping student housing and tuition fees that are usually used to cover normal in-person expenses. The school offered $1,000 to students who return next semester, but those who do not would receive nothing.

A similar lawsuit was filed against Drexel University for keeping parking, intramural, and athletic event fees. This suit also added an extra item that pointed to the loss of value in degrees that are obtained using a pass/fail system.

We can’t yet see how far-reaching the changes brought on by COVID-19 will be. Many services, systems, and communities may be changed for years to come.

While it seems unfair to keep fees when schools are not offering in-person learning, events, and services, the colleges also claim that they are losing money. Many schools have found themselves in deep financial holes, with some about to collapse altogether.

The outbreak could leave behind financial losses that are over the $100 million mark at some educational institutions. Several colleges claim that they are taking heavy losses as they refund students for parking, dining, and housing expenses. Revenue is also lost in ticket sales for athletic events.

As we attempt to regain normalcy after the coronavirus pandemic, many schools have addressed the need for online learning. Students of all ages are given access to systems that connect them to teachers, classwork, and their peers.

Not everyone has a computer or internet access, which has forced schools to get creative.

Thomas Nawrocki, the executive director of information technology at Charleston County School District, did what he could to make internet access available. His team boosted the WiFi output signal from the school so that anyone in the nearby area could use it. People could drive or bike to the school’s parking lot to get online.

The school also has 10 WiFi-equipped buses that it parks at other schools for half a day and then moves them to other neighborhoods for the remainder of the day. Nawrocki and his team are supporting internet access to 30 sites throughout the district daily.

It’s clear that we still have distance to cover to streamline online learning for everyone. COVID-19 highlighted the benefits of remote learning as well as the shortcomings. Even as some regions slowly reopen and students return to classes, we can’t lose sight of our internet-based backup plan.

Many employers and schools are embracing eLearning moving forward. The technology already had a high rate of adoption before the pandemic. EdTech investments totaled over $18 billion globally last year. From virtual classrooms and video conferencing to language learning apps, eLearning already held a stronghold in the educational market. COVID-19 only solidified the fact that it’s not going away anytime soon.

It makes sense that 77% of companies in the United States used online training in 2017. Introducing this format earlier in a person’s educational career will help prepare them for future training with an employer.

The world saw a lot of upheaval and confusion so far in 2020. The dust hasn’t settled yet, but it looks like many schools will be taking a closer look at expanding their use of eLearning technology in the coming days.

How to Break the Barriers Between Your Team and Virtual Learning
May 16, 2022
Recent Posts
Recent Comments
Archives
Categories
Go to Top