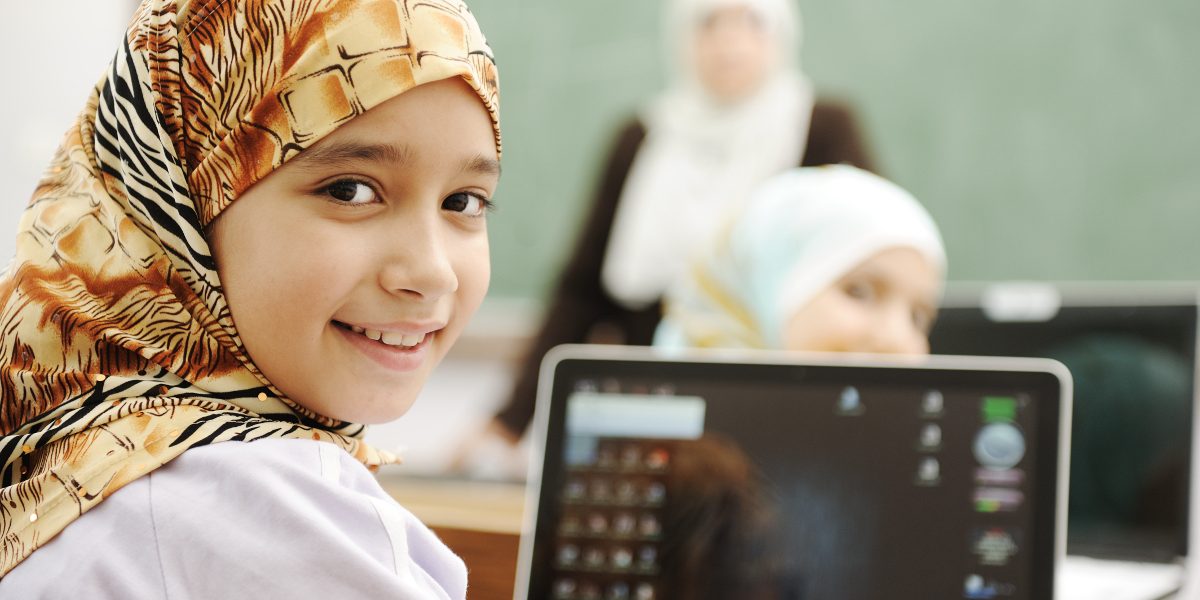 Learners in the Middle East were given access to an exciting new platform earlier this year. Madrasa was introduced by Sheikh Mohammad bin Rashid Al Maktoum, who serves as the Vice President and Prime Minister of the United Arab Emirates (UAE). The project will reach more than 50 million students throughout the world.

Taking eLearning to the Next Level

Madrasa is impressive in its scope, earning the title of the biggest platform of its kind in the Arab world. The system will cover a broad range of topics that include math, science, chemistry, biology, physics, and more geared toward learners from Kindergarten through high school age groups.

Students can access 5,000 educational videos for free with the goal of bringing communities together through technology and learning. Sheikh Mohammad stated that “Building a better future for our region starts in the classroom and eLearning can bridge the knowledge gap in the Arab world. Technology can offer millions of Arab students the opportunity to develop their scientific capabilities. We aspire to provide a world-class education to every Arab child.”

A Community Comes Together to Create Madrasa

Madrasa was launched in mid-October of 2017. However, before that, thousands of people were working on building something unique. It all began with the Translation Challenge. Thousands of volunteers helped translate the 5,000 videos used on the platform. Their efforts also included the translation of 11 million words worth of educational content. Everything had to be available in Arabic to ensure that students could utilize it no matter where they were located.

A ceremony was held, during which the competition was announced along with a chance for students to win $1,000 for answering one question per day for 1,000 days. A total of $1 million in prizes were awarded during the competition.

The translation alone was a huge effort, but others were needed to get the project off the ground. A combination of university students, technicians, engineers, teachers, researchers, graphic designers, and many others all provided services that included publication, video production, and voiceovers.

A Return to the Golden Age of Arab Science & Intellect

The Arab world experienced a golden age that spanned the 8th through the 13th centuries, AD. During this time, Islam was a world leader in discovery and knowledge. According to historian and author Bernard Lewis, “for many centuries the world of Islam was in the forefront of human civilization and achievement.” His sentiments are echoed by other experts, like Professor Jamil Ragep from the University of Oklahoma, who stated that “Nothing in Europe could hold a candle to what was going on in the Islamic world until about 1600.”

Things changed in history that caused the Muslim world to fall behind. Pervez Amirali, a Pakistani physicist, published statistics in a 2007 Physics Today article that reported a total of nine engineers, technicians, and scientists per one thousand people in Muslim countries. These countries are home to around 1,800 universities, but only 312 of those institutions have published scholars in their classrooms.

Things may have changed, but the memory of that golden age still lingers across the world. President Obama praised the historical contributions the Muslims made to civilization during a speech in Cairo on June 4th, 2009.

“It was Islam that carried the light of learning through so many centuries, paving the way for Europe’s Renaissance and Enlightenment. It was innovation in Muslim communities that developed the order of algebra; our magnetic compass and tools of navigation; our mastery of pens and printing; our understanding of how disease spreads and how it can be healed.”

New developments like the Madrasa eLearning platform are an effort to help reclaim former glories and help build a better future for all Arab children and their families. Sheikh Mohammad addressed delegates, students, ministers, and volunteers at a ceremony held at Madinat Jumeirah last year, explaining that “I said last year that our first priority is education, second priority is education and third priority is education. I would like to tell you that [Madrasa] is just the beginning. Our journey will continue.”

Madrasa is up and running, giving Arab students a place to learn more about many core subjects. Visitors can choose from physics, biology, chemistry, general sciences, and mathematics on the homepage. Each is broken down further into specific categories of learning. For example, the physics page lets the user choose from fluids, quantum physics, electrical circuits, 2D animation, engineering optics, thermodynamics, special relativity theory, electrical engineering, collisions and linear movement, and many more.

A search bar is also provided to jump to specific topics. Learners can access content online using a computer or can download Android or iOS apps for their schools. Mobile-friendly access makes Madrasa extremely versatile while providing more educational opportunities to students of all ages.

Will Madrasa Help the Muslim World Move Toward a Golden Age of Education?

While many are hopeful about Madrasa and how it will affect the future of Muslims, others aren’t so sure. Some researchers and experts believe that resources should be focused on improving the existing educational system rather than building on to it.

The Dhaka Tribune reported that some believe Madrasa could create a “haphazard situation in the entire Islamic education system, with slack coordination in it still prevailing.” Researcher and journalist Afsan Chowdhury points to political motivations for the project.

Still, many are hopeful that Madrasa will have a positive effect in years’ to come. Sheikh Mohammad invited learners to utilize the platform stating “my message to Arab students is: Education is your future and your weapon to navigate life.”

9 Things to Look For in A LearnDash Theme For Your E-Learning Site
July 7, 2020

How to Make Money Selling Courses Online with your LMS
June 29, 2020

How the COVID-19 Global Pandemic Will Shape the Future of eLearning
June 15, 2020

Rediscovering eLearning: How COVID-19 Has Changed Education
May 19, 2020

How to Keep Your Team Connected When Working from Home
April 3, 2020
Recent Posts
Recent Comments
Archives
Categories
Go to Top