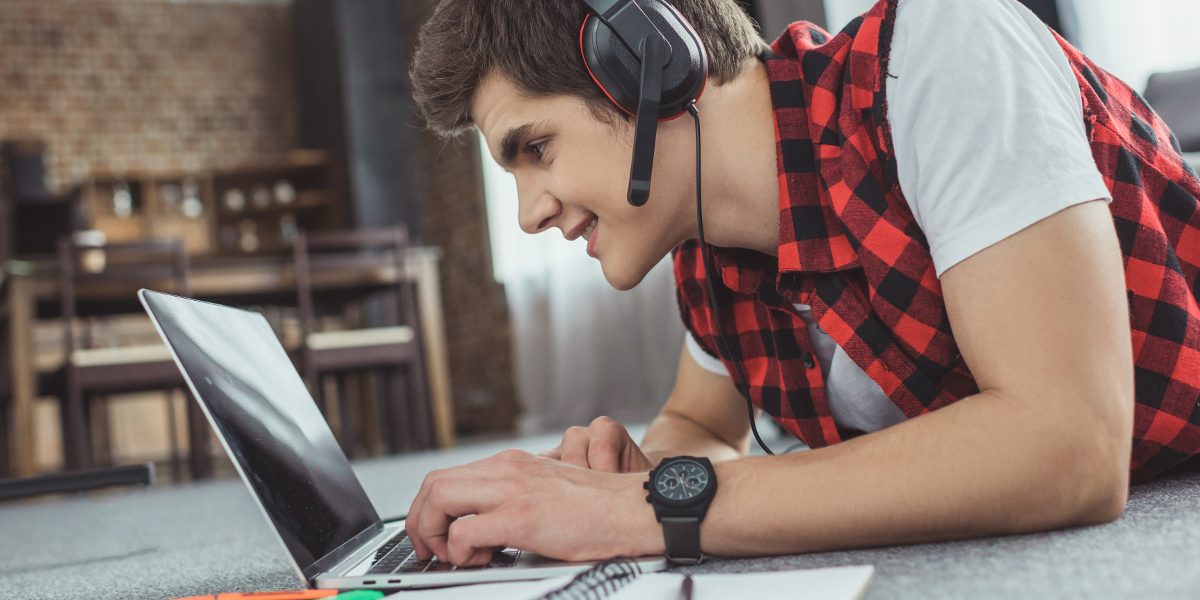 eLearning has created new opportunities for students of all ages and backgrounds. Thanks to its versatility, developers and educators are discovering new ways to reach more people. That is especially true when it comes to teaching people with disabilities.

Visual Impairment and Its Effect on Learning

People living with visual impairment have more educational resources available today than ever before. A blind person is just as capable of thriving as someone with eyesight. However, the lack of one sense can cause limitations that can have an impact if the individual’s needs are not met.

Berthold Lowenfeld was an Austrian researcher, psychologist, and advocate for the blind. He moved to the United States in 1938 and began working part time for the New York Institute for the Education of the Blind in the Bronx. He was later offered a research position. Through his studies, he outlined three basic limitations that affect a person with blindness:

These three limitations are known as Lowenfeld Losses. Children who grow up with these limitations will only experience the world using their other senses, with an emphasis on touch and hearing. Lowenfeld explained that “A great many experiences which are taken for granted with seeing children are either impossible or much more difficult for blind children.”

Maslow’s Hierarchy of needs was utilized to help solve problems created by blindness. The hierarchy theory outlines needs in the order that they must be addressed. First are the physiological needs like food, water, and warmth. Next is safety and security followed by a need for love and relationships. Esteem comes next and includes feelings of accomplishment and achievement. The top of the hierarchy is self-actualization which describes meeting a person’s full potential and engaging in creative activities.

Working through Maslow’s Hierarchy helps guide researchers and educators as they discovered how to teach blind students and guide them to reach their fullest potential. This combined with Lowenfeld’s work has helped produce many of the eLearning tools introduced in recent years.

The St. Nicholas Home for the Blind and the Wawasan Open University (WOU) signed a memorandum of agreement to work together to bring eLearning to visually-impaired students. Educational resources would be transferred and made available along with technical support. Acting vice-chancellor Professor Dr. Zoraini Wati Abas at WOU explained that this project would enable teachers to share learning resources with blind students to enhance their skills and ability to obtain higher academic qualifications. “With the LMS, learners can have discussion with their peers, tutors and course coordinators.” She said.

The system was set up two years ago and faced some challenges. Executive Director of the St. Nicholas Home Daniel Soon stated: “We also faced difficulty in translating the resources from text to Braille as the process of scanning the books was tedious and efforts to translate required help from trained members.”

Solving these problems now can mean a brighter future for children growing up with visual impairment.

The Lighthouse Guild is a non-profit organization dedicated to healthy vision. They announced an initiative in 2017 that was focused on vision rehabilitation through an eLearning program. Titled “Introduction to Vision Rehabilitation,” the course will supply up-to-date information for ophthalmologists at no cost.

Lighthouse Guild President and CEO Dr. Alan Morse explained that “It is more important that all ophthalmologists understand how vision rehabilitation can help their patients.” He continued stating that “Providing patients with information about vision rehabilitation options and initiating referral to services as early as possible in the treatment process is crucial to improving their quality of life.”

While this course is intended for doctors rather than visually-impaired students, it could have a powerful impact on the lives of patients. By providing more recent information to health care providers, patients will receive better treatment options that could lead to improvements in results.

The Lighthouse Guild has delved into the world of eLearning before. They offer other online programs that include “Caring for People with Vision Loss” and “Low Vision in Older Adults.” Development of additional programs is ongoing with plans for an “Identifying and Addressing Vision Loss” and a “Conducting a Basic Vision Assessment” courses.

Thomas Ongolo is a Disability Expert Advisor at the Africa Union Commission (AUC). He lost his eyesight after an explosion at the age of 15. Ongolo faced new challenges after the accident. With the support of his family, he went on attend the Kenyatta University where he earned a Bachelor of Education in Arts.

He became a Disability Expert Advisor at the AUC, where he helped develop and implement inclusive policy. When asked why he chose the University of South Africa (Unisa), Ongolo explained that while enrolled in a short course in performance auditing, he “observed first-hand that Unisa’s learning support, particularly of students with disabilities, was second to none. Added to this was the fact that my field of research, dealing as it does with inclusive curricula in open and distance eLearning (ODeL), fitted Unisa like a glove. The university moreover has an excellent policy and strategy relating to the inclusion of disabled students in further education, not to mention the best online and distance learning infrastructure on the continent.”

Ongolo also stated that he found little research has been conducted concerning open and distance eLearning. He reported that administrative staff and educators lacked the skills and expertise needed to design an online inclusive curriculum.

After extensive research, Ongolo developed an integrated approach to the design and delivery of an eLearning program with a focus on inclusion. He hopes that his research will help create opportunities and open up dialogue that will lead to more students with disabilities enrolling in Ph.D. programs. “Unisa plays a pivotal role in terms of giving people with disabilities who have been excluded from education a chance. The university packages programs that are flexible and can be undertaken at students’ own pace. And the great thing is that support is not specific to one impairment group.”

Technology allows us to present information in new ways. Students no longer have to read a traditional textbook to learn. The U.N. created World Youth Skills Day on July 15th. This year, the non-profit MobileMakersEdu celebrated one of their young partners. Jack Falejczyk is a graduate from Elk Grove Village High School located in Illinois. He joined teammates in a national coding competition and took third place. He has been blind his entire life.

Computers are a huge part of business today, making coding a powerful skill to have on a resume. This career tends to be very visual in nature. You have to be able to see lines of code and read a monitor.  Falejczyk overcame that obstacle with the help of MobileMakersEdu.

Utilizing Apple’s VoiceOver, Falejczyk was able to code without seeing the screen. The computer read the content on the monitor to him along with his teammates and a teacher at the same time.

Technological changes are proving that visually impaired people can learn how to code. Apple announced in May that it will bring its Everyone Can Code initiative to schools with students who have visual and hearing impairments. The initiative was designed to be as accessible as possible with additional features like tactile maps.

Through eLearning, research, and continued development, education becomes more accessible to people with blindness and other impairments.

9 Things to Look For in A LearnDash Theme For Your E-Learning Site
July 7, 2020

How to Make Money Selling Courses Online with your LMS
June 29, 2020

How the COVID-19 Global Pandemic Will Shape the Future of eLearning
June 15, 2020

Rediscovering eLearning: How COVID-19 Has Changed Education
May 19, 2020

How to Keep Your Team Connected When Working from Home
April 3, 2020
Recent Posts
Recent Comments
Archives
Categories
Go to Top